Don't ruin your event with a crappy tuna roll! 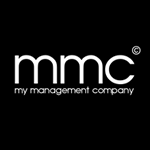 All were convinced to attend a networking meeting with the promise of socialising with all the movers and shakers in the area, a presentation by a local expert plus the usual bargaining chip of a hot buffet!

They all attend, which in itself is a testimony to the sales team of the company behind the event.  There’s a good buzz in the air and a packed room.

The company behind the event think it has gone well, and think they can make some money by running another.

They are shocked when the take up for the next meeting is less than 45.
So what went wrong?

Although the meeting appeared to have been a roaring success, the reality is that some of the ‘cardinal sins’ of meetings and events had occurred.

As with many companies, they thought that getting a good venue, and a good buffet would equal instant success. They had thought about AV as well and had got a local company to set them up with some sound kit, and they’d got a couple of their staff to man a registration table.

So, again, what went wrong?

Little things in meetings and events can have a big impact on future attendance.

In this instance the challenge really was quite simple and easy to fix. They just hadn’t thought about their housekeeping.

In short they hadn’t checked some of the imperative things that people take into their subconscious, and whether you have put on a good meeting/event or not, take home in their memories about you, your business and your reputation.

They had paid so much attention to pre selling the event that they hadn’t given a second thought about how to run it on the evening. What happened was a poor registration system, manned by one lady who was more interested in drinking her tea and chatting to clients than welcoming people.

A hot buffet that was served at the wrong time because no one had spoken to the caterers – so it was cold.

A speaker that could not be heard because the AV had been set-up in the wrong place.

A host that had no opportunity to welcome his guests and talk to people because he was too busy trying to stop people from setting up their own portable stands and selling their stuff.

No toilet roll or hand towels in the facilities…

No signage in the car park as to where to go, and perhaps the worst of all affecting attendee’s safety – no lighting when they came out, and no security guards to cast a protective eye.

These things were taken into the attendees minds, and what was supposed to be a great meeting ended up being an event that was hard to find, hard to get into the room, with a speaker that couldn’t be heard, buffet that was cold, toilets that were unhygienic, and an un-safe car park.

The fact is simple – get your housekeeping right. Right at the core of any meeting or event is good manners, good etiquette and keeping your attendees in mind all the time.

You may think it's silly and trivial but the evidence speaks for itself – we have seen many a good meeting/event ruined because the attendees didn’t like the food, even when they were buying it from the establishment directly rather than from the meeting/event organisers chosen caterer.

Don’t ruin a lot of hard work with a registration team that are sitting down, instead of standing, a speaker that cant be heard, or a promised wide and varied buffet that turns out to be a bottle of water, apple and a crappy tuna roll!

If you want to know more – just talk to us!